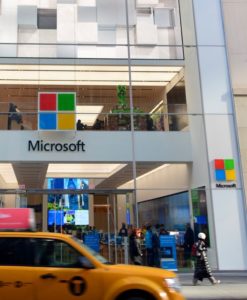 New anticipated developments are being worked on at Microsoft Windows

Windows 10 has been around for roughly two years now, and by the end of September 2016, Microsoft reported its use on hundreds of millions of active devices. Usage is expected to keep growing, and we can expect to see additional updates to the operating system’s capabilities and features.

For 2017, Microsoft announced the major “Windows 10 Creators” update (codenamed Redstone 2); at this point, it’s scheduled for April. More recently, additional reports have emerged about a second Windows 10 update for later in the year; its codename is Redstone 3.

What can we look forward to from each of these updates?

Anyone involved in creative work such as art, graphics, gaming, and animation will be especially excited about the features becoming available through the Windows 10 Creators update.

Even if your work doesn’t largely involve artistic endeavors, some of the new features can help you enrich the visuals you display in PowerPoint presentations, insert in your reports, or share through other software. You’re in a better position to capture people’s attention, present your evidence convincingly, or illuminate the points you’re making as you drum up interest for a project.

What are some of the expected developments from Windows 10 Creators?

There’s still quite a bit of mystery surrounding Redstone 3 and the exact features that will be available through it.

One possible feature is something that Microsoft initially intended for the Windows 10 Creators update but ultimately postponed. This is the MyPeople taskbar, which allows you to organize your most important contacts right in the toolbar on your desktop, making it easier for you to quickly communicate with them. Let’s say you want to share an important project update with one of your contacts. You can drag a file right onto their icon and transmit it to them in various ways.

Redstone 3 may also give us the developments promised through Project Neon, the anticipated redesign of the Windows 10 user interface. MS Power User has described and highlighted some of the possible qualities of this new design, which will include improved ways of interacting with 3D visuals and mixed reality experiences.

With all of these anticipated developments, you may have questions about how you can best use Windows 10 for your business. How can you harness it to improve productivity, inspire creativity, and keep your work secure? Don’t hesitate to contact us for advice and assistance.

One thought on “What can we expect from Microsoft’s new Windows 10 updates?”