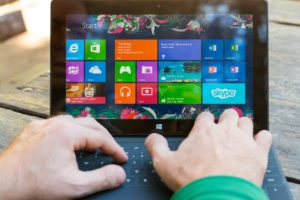 Getting critical security updates is a must for the security of the network and running an efficient environment.

Microsoft announced the changes that affected their 2012 servers on January 14, 2020. However, they extended the date to October 2023. Microsoft Server 2012, launched in October 2013, completed its mainstream support phase in 2018.

Microsoft continually updates the server with new updates, service packs, fixes, features, etc. This phase also gets real-time support such as phone support during this phase.

Extended support is the second five-year phase. At this point, Microsoft had already released another product, giving the previous product less attention. In this phase, customers only get reliability patches and essential security updates.

What Happens After The Extended Support?

The end of the extended support for Microsoft 2012 may not seem imminent. However, it is safer to start planning your strategy earlier. With cyberattack threats rising, running data and apps on the unsupported version can pose security risks. You have several options during this period to prepare yourself:

To upgrade to the latest Windows version to experience superior performance, and get critical security updates. You can buy the extended security updates to buy more time on the current version.

You can migrate to Azure and get extended security updates for another three years.

You have to talk to your MSP (managed service provider) and estimate how much it will cost you. Confirm whether the price is fixed or hourly, and develop a project budget.

How to Install, Upgrade, or Migrate to a New Windows Server

If you opt to move to the newer Windows server version, you have several options:

The simplest way to install Windows Server is a clean install. In this technique, you overwrite the existing OS or install it on a blank server. Before you do this, you must back up your data and expect to reinstall all your apps. Check for any requirements for hardware on Windows Server.

An in-place installation allows you to upgrade but keep the previous hardware and the server roles without deleting and uninstalling the OS. You keep all the previous settings, features, data, and server roles intact. However, not all older operating systems have pathways to newer ones.

Some features or roles may not support the installation, and you might need to take additional steps. In-place upgrades work perfectly in virtual machines, which don’t need specific OEM drivers.

The rolling upgrade of the cluster OS (operating system) allows an admin to upgrade the cluster nodes’ OS without stopping the Scale-Out File Server or Hyper-V workloads.

Complete your plan by January 2023 for ample time to migrate or upgrade and get used to the new system.

Maybe your server has no dedicated IT team, and you have no idea how to navigate the server operating system. When you are ready to learn more about this product and implement it in your organization, contact SystemsNet to handle your installation. We offer you comprehensive IT support, including a complete IT hardware roadmap.