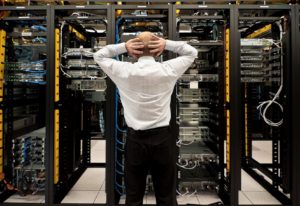 There is a misconception that backup disasters don’t happen very often or, when they do, that they are easy to recover from.

Whether you’re working in a small or large business, it’s always essential to have a contingency plan. Between natural disasters that could damage the business itself, or man-made incidents that may cause a data breach, always be prepared for emergencies. With that said, while having a backup disaster recovery plan is important, you need to have a full understanding of it as well. Too often in the business world, there are numerous misunderstandings that companies may have about recovering from disaster, among other things as well. When thinking of ways to plan and recover from disaster, here are some common misconceptions. With that said, these should also give you a better understanding of what the true facts are.

Misconception #1: The Plan Doesn’t Need to Be Tested

Among businesses, a common misunderstanding is that the backup disaster recovery plan, doesn’t needed to be tested out. This misconception is quite common among small businesses, especially when it comes to potential attacks from hackers. Not only are many under the impression that large businesses are an easier target, but also that big breaches don’t happen to companies like theirs. However, this is far from the truth. Statistics even show that 70 percent of all information breaches happen against companies with less than 100 employees.

As for large businesses, the plan should only be used and tested when an emergency happens, right? While this is true to an extent, also remember that the business world is unpredictable. You may not need to use your plan until years down the road, but an emergency might also happen sooner than you think. Either way, testing out your backup disaster recovery plan is always important. With that said, testing it out on a regular basis helps you to make any changes/updates as well. While your plan may be foolproof as of now, the current one may not be so helpful to you if an incident were to happen years down the road.

Misconception #2: My Business Can Be Easily Recovered

Another misconception among organizations, is that they don’t need a backup plan, because their business can be easily recovered. However, this isn’t necessarily true. After all, natural disasters might not only cause a loss of data (such as a simple power outage), but they can severely damage the workplace as well. In some ways, though, man-made disasters are even worse. Aside from causing a loss of information, a breach in security could ruin your business reputation as well. In the long run, this would make it extremely difficult to recover.

For example, let’s say you had potential customers who had heard of a recent data breach in your company. It’s very likely they’ll look for business elsewhere. After all, they’re not going to risk having their information compromised.

However, out of all the disasters that could make it difficult to recover, ransomware is certainly the worst. Though it’s not a breach in information, it is a malicious tool in which a cyber criminal locks all files on your computer. Not only are you forced to pay a ransom, but failure to do so will cause all of your files to be deleted. Considering how ransomware is becoming harder to crack, and the hackers actually go through with their word, recovering from the incident is nearly impossible.

Misconception #3: My Employees Don’t Factor In

One final misconception among businesses is that employees aren’t a factor when creating a disaster recovery plan. After all, as long as you have things planned out, that’s all that matters, right? Remember, however, that being successful in the workplace requires teamwork. Between training your employees on what to do in case of emergencies, and educating them on the types of disasters, they are a crucial part of making sure your organization recovers.