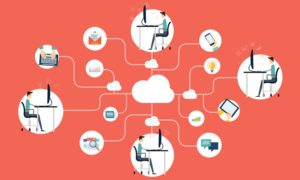 Office 365 options available for your convenience

On July 10 Microsoft stated that the businesses that want to deploy their cloud computing technology to their data centers have the ability to make the order. However, although the orders can be placed, they will actually not get anything until sometime in September, maybe.

Microsoft stated that Azure Stack would be available to businesses in the mid part of 2017. Microsoft stated that the Azure Stack software would come with equipment from three companies, Lenovo, Dell, and Hewlett-Packard Enterprises. When we think about the middle of the year, we typically think of June or July, right? Well, customers can place their software orders in July, but they will not be able to run the software until months later.

Azure Stack is an essential part of Microsoft’s plan to take action against Amazon Web Services. Amazon Web Services, as you are probably already aware, is a profitable form of public cloud computing. In this setup, the software and data of its customers are deployed to data centers that Amazon operates. So, Azure Stack presents a very interesting alternative.

Microsoft has stated that businesses that want to use the cloud and still run software and data on the inside will still have this option. On the other hand, Amazon Web Services is set on making sure all the data operations are run by their services, and nothing else. We were expecting Azure Stack to be introduced last year, but Microsoft went in another direction and that date was moved to this year.

Microsoft has been very busy this year, and we do not expect them to slow down. Contact us today for additional information on Microsoft 365 and Azure Stack.