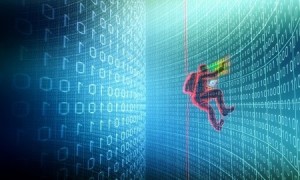 Malware is becoming increasingly prevalent in this digital age, but that doesn’t mean you need to become a victim.

The word malware is an old term that probably makes you bristle whenever you hear it. You’ve likely heard the term used often ever since you’ve been on the Internet, and possibly close to 20 years. In those last two decades, malware went from something only the careless ended up getting on their computers to everyone getting it, even when taking precautions.

This doesn’t negate the reality it’s still preventable. What the real problem is involves not having proper managed services in place for expert preventative measures. When you’re on your own trying to stop malware, you’ll be tempted to skimp on real security just to save money.

It’s then when you place yourself at a higher risk based purely on complacency just because nothing happened before. Once it does happen, it can instigate downtime costing you more money than you think, sometimes enough to put you into bankruptcy.

The reality is, malware is a daily problem that’s only growing more troublesome because of its ubiquitous nature and how it’s fooling companies. Far too many types of malware are out there that come in emails looking eerily real. When someone clicks on a link they think is legit, it’s already too late.

Take a look at what’s really going on in the world of malware lately, what effect it’s having, and what you can do to prevent it. At the very least, you should see what tools are available to at least get you back on your feet if malware still hits you.

You’re starting to see an increase in malware getting into popular apps available on prominent app stores. Most recently, an Android malware ended up on Google Play and into an intelligence app (ironically) that infected multiple thousands of people in the process. It was an example of how something looking so innocuous in a prominent place is just as vulnerable as anywhere else.

What makes this malware especially bad is it stays on many mobile devices even after the infected app gets uninstalled. As a result, it poses a new problem for malware becoming more prolific in the app world and possibly beginning to infect more mobile devices across the country.

However, the above is only the beginning in malware infiltrating various tech devices worldwide.

A recent report shows that a new type of malware once thought theoretical suddenly infected routers made by Cisco. Found in several different countries, it shows you how global malware is. You can also see how malware can technically get into any device, which could cripple your company if infecting something you wouldn’t expect like a router.

Even worse is a type of malware that completely hijacks your computer to a point where your business could shut down for weeks.

Ransomware as the Worst Type of Malware

Arguably, ransomware is the worst malware currently in existence because it so easily fools people in emails and ends up hijacking your systems until you pay a ransom. Even after paying ransoms, businesses don’t always get their systems unlocked, though some lucky few do.

Wired recently did a detailed piece on ransomware and how you can avoid it. They reiterate as we do here at SystemsNet: Good managed services matter in how well you protect yourself.

With our managed services, you have everything you need and done remotely so it doesn’t get in your way. You’ll have complete protection from viruses, malware, plus remote IT support whenever it’s needed.

Contact us to find out more about our comprehensive IT services and how you can get protected from the encroaching threats of malware.

One thought on “How Extensive is Malware in Today’s Business World? The Realities, and the Best Protection”