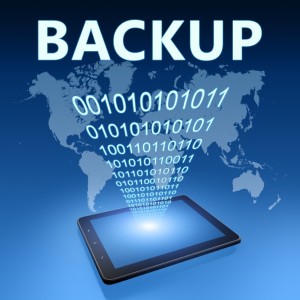 There are many different options for data backup and storage, and each has its own unique pros and cons.

If your company stores sensitive or important data, it’s imperative that you backup your data. A loss of data can cause huge problems for a company. At the very least, lost data would have to be rebuilt, which could take days or longer, and in a worst case scenario, a company may just have to close. Although it is by no means an everyday occurrence, this could all come from a single event, such as a fire or other natural disaster. Luckily, backing up all of your files solves this problem easily. As long as your backups are created and stored correctly, it should take no more than a couple of hours to restore all of your files. But what does it mean to back up correctly? There isn’t an answer that works for everybody, but let’s list the pros and cons of some of the most common options. Then, you can decide what will work the best for you.

The cloud is arguably the most common method for backup storage, and there are good reasons for this. There are numerous companies based in the cloud, each of which is trying to outdo the next. They allow you to upload your files to cloud servers, and leave them there for backup storage.

The cloud is a great place to store all of your data. For one thing, most companies will automatically update your backups for you, as often as daily. This is great because you don’t have to worry about forgetting, or doing something wrong during the update process. The cloud is also one of the safest places to leave your data. Any reputable company will store several copies of your files in several places, which makes them almost impossible to lose.

As great as the cloud is, there are a couple of drawbacks. First of all, while the cloud is very safe, it isn’t quite the most secure option. Security issues are rare, but if you store especially sensitive data, you may want to consider storing your backups on your own servers, where you have complete control over the security.

If you already run your own file storage network, you probably have some extra space. You also probably have a pretty good idea as to how to get a good deal on more space. You can build your own network of backup servers, and do all of your own updates.

The main benefit of running your own backup servers is the control. You have the final word on everything, from security, to space, to price.

There are also a few downsides to this option. First of all, you’ll have to complete all of your own backups, or find a software that will do it for you. You’ll also have to put more thought into safety. For example, if you take care of your own backups, you’ll need to make sure you store at least one complete copy somewhere off-site.

Flash drives and DVDs should not be considered as actual backup storage mediums, but they can serve a very specific purpose in the world of backups.

These devices, especially flash drives, are very handy. The files on them can be accessed in a matter of seconds. This makes them a handy place to store copies of files that you might need immediately, in the event of a data emergency. The also solve a number of other problems.

Flash drives and DVDs hold a very small amount of data. They are also very easily lost or destroyed. Because of this, they should never be used as primary backup devices.

One of these methods may be perfect for your company. It’s even more likely that your best option is some combination of the three. Need more help figuring out what your company needs? Contact us.