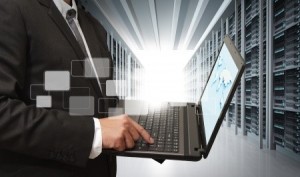 No data is safe unless it exists in at least two different places, but should really be in three or four to be totally secure. But where should you store your data?

Data Backup is one of the most important things a company can do with its data.  No data is safe unless it exists in at least two different places, and even then, it should really be in three or four places, especially if it’s more important than the janitor’s daily to-do list.  Data backup can get a little complicated though, because there are a number of different options, and it’s important to make use of at least a couple of them.  Here are a few of the options.

Most office networks run off of servers.  They’re what keeps everything connected and functioning.  They might run software the office uses, as well as several other tasks.  Often, these servers have large amounts of hard drive space.  This might be a great place to put a copy of all your important files, however, there is a better option.  NAS stands for network-attached storage.  A NAS device is a server, but it’s a server that’s been specifically built to store files.  It’s not meant to do anything else, like run programs or process data, but since it specializes in storing data, it’s a very efficient option.

Business continuity is a concept that can save a company in a disaster, however, it must be planned before hand.  If a disaster were to strike, for example, destroying data or rendering it inaccessible, a business continuity plan, and the software and hardware that goes with it, can immediately begin functioning, which will allow the company to continue running while steps to complete recovery are taken.

The cloud is a surprisingly safe place to store important data.  Once you make sure you’re working with a trustworthy company, your data will usually be at least as secure as the data on your own servers.  And since data on the cloud is stored all over the country, this solves the “off-site copy” requirement of data safety.  It can also be a surprisingly inexpensive option.

Need some help backing up your data?  Contact us!  We can help you with data backup and other business technology and networking challenges.  We’re here for you.