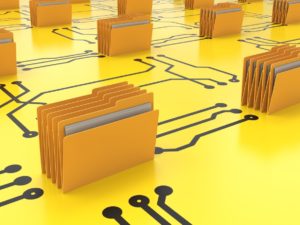 What are my backup options for my business?

At this point in the digital transformation, most businesses are aware that computer and data backups are essential. The ability to restore your information and your infrastructure is a safety precaution that it would be foolish not to have prepared. If a hacker ransomwares your network, a good backup can make it possible to simply wipe and restore instead of fretting about lost files. If a natural disaster takes out your office building, the right backups can allow you to completely set up shop somewhere new.

But not all backups are equal. Backups built and managed by a hands-on IT team are likely going to have a few more useful traits and features than a default backup system set-and-forgotten out of the box. Let’s take a closer look at the differences you might see in your backups and improvements that can be made to any business backup system.

The first important backup decision to make is where to store them. Backups are compressed, but they are still huge files that contain copies of entire databases, networks, and operating systems. Backups stored locally are more accessible, you don’t even need outside internet access to copy, open, and restore from local backups. Local backups are faster and more convenient in the office, but they are also more vulnerable.

Cloud backups are absolutely safe. Cloud server storage is not just remote from your location, it’s also distributed so that copies of your backups are stored in storage repositories all over the world. You will always be able to access your backups, and your backups will be safe from all but the most insidious server-host attacks. You can even download your backups from the cloud to restore a computer in an entirely remote location.

But cloud backups must be downloaded every time you make a restoration and uploaded to the cloud every time a new backup is taken, which can be a real pinch with limited or metered bandwidth.

The next question is how you handle your regular backups. Backups must be made periodically so that the data is up-to-date if you need to restore your systems from a backup. But when and how do you take those new backups? Manual backups are those taken by a person enacting the backup process. They may be entering a series of commands or even hand-copying data from one server to another.

Automated backups are when a program runs itself to make copies of all the necessary data and then stores those copies where they can be found if a recovery is needed. Automated backups take up far less time, but much be managed. If an automated backup malfunctions or if the process is flawed, it might create useless backups while creating a false sense of security.

Now consider the size and complexity of your backups. There are many different ways to take backups based on how you expect to enact recoveries and restorations. Some businesses only bother to backup one server of data or just one database because everything else they need or use is a SaaS program or cloud service that doesn’t need to be backed up. Data backups are those that only include data that will be reloaded into a fresh identical server.

On the other hand, some businesses intentionally backup the entire infrastructure for each workstation, server, and network. With a more comprehensive backup, you can create an identical work environment beyond your most important data. Infrastructure backups make for faster recoveries and far less new installation setup for workstations that are wiped and recovered.