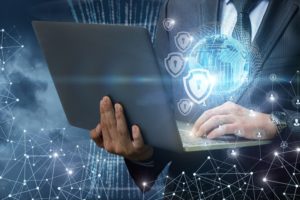 An international cyber attack, known as “Petya”, struck computer systems across the globe, starting in Ukraine. Tens of thousands of machines in Ukraine and the United States were impacted. Automated teller machines stopped working in the capital of Ukraine. Workers all across the globe had to quickly scramble to make the necessary adjustments.

It has not been determined who is responsible for the cyber attack. No details have been released at how impactful the cyber attack was. The attack started on the Ukrainian government. This is not the first cyber attack that has taken place as of late. The difference between this cyber attack is that it seems to be one of the most advanced attacks that have taken place since the National Security Agency had some of its hacking tools stolen.

Microsoft releases patches for its software and operating systems, but this does not always mean that the patch will be installed quickly and correctly. Since the ransomware used more than one method to spread across the computers, even some computers that were actually patched correctly and patched quickly were not excluded from the attack.

One of the most well-known computer attackers is viruses. Viruses can do a great deal of damage to computers, and an entire organization. There are various types of viruses that each have the ability to compromise a computer in multiple ways.

While many people think they will never download a file that is corrupt or that they will never click a website that is a scam, it is important that everyone remembers that a hacker is very intelligent. A hacker can create any type of virus and anyone can easily be tricked. Some viruses can even lead people to believe that they are software that will protect you from a virus.

Once your computer has been infected with a virus, your entire computer can be damaged beyond the point of repair. Your computer’s performance can be slowed down, critical files, photos, and videos can be damaged, lost, spread across other computers, etc. Viruses can cause you to spend up to thousands of dollars in computer repairs, replacements, etc.

Fortunately, there are tools you can use to help you protect yourself. One of those tools is Webroot Antivirus. The internet is not as safe as we would like it to be. Even if you are a computer whiz or extremely tech-savvy, you may still accidentally download malware, viruses, or you may even be a victim of identity theft.

When you are aware of the consequences of not having the proper anti-virus protection, you will be able to spread the word to others. Hackers are savvy, and they can easily trick anyone into clicking a link or downloading a file. We want you to protect your files, your computer, and your business. Contact us today for additional information on the latest virus releases and the best protection for your servers and workstations.