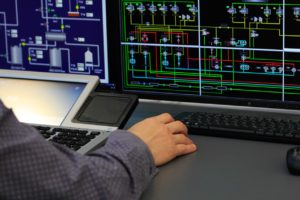 The October DDoS attack on Dyn showed the world how truly vulnerable and fragile our network infrastructures can be.

“It can’t happen here.” These are some of the most dangerous words business owners utter when it comes to their company’s IT system.

CSO Online highlighted this point in a recent article that urged people to anticipate new IT dangers and prepare for them even when they still seem remote. Along with malicious cyber attacks, companies face the danger of other emergencies, such as malfunctioning devices and massive network failures.

One example: The October 2016 DDoS attack

The article mentions a cyber attack that led to a massive Internet outage this past October, denying consistent access to major sites such as Twitter, Amazon, and Netflix.

The attack, which came in waves over a span of close to 12 hours, hit an Internet services company. It was a Distributed Denial of Service (DDoS) attack that used millions of Internet-connected devices, including security cameras, to send unsustainable amounts of traffic to the targeted company’s servers.

What are some of the lessons we can take from this attack?

Protecting your network can seem like a daunting task, and in many ways it is. Unfortunately there isn’t any one protection that works 100% of the time. However, there are still effective measures for preventing or limiting cyber crimes and other IT emergencies. Monitoring your network round-the-clock is one of the best decisions you can make to protect your company.

Don’t hesitate to contact us to further discuss our network monitoring services. Unlike a purely reactive attitude, which results in a costly lack of preparedness, a proactive approach for your IT activities will save you money and unnecessary frustration. It will decrease the chances that you’ll suffer from protracted downtime and suffer serious damage to your system.