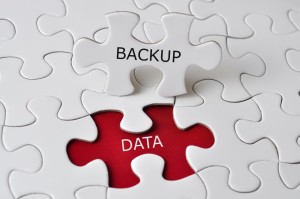 Data backup should be a part of every business’s IT security plan.

If you run a business, you probably know by this point how important it is to back up your data. You know that not backing everything up could easily result in a loss of data, and that a loss of data could mean any number of disasters, from a loss of continuity to a complete shut-down of the company. Given this, you may already have a backup system set up, but whether or not you do, there is always something else to learn. Here are a few tips and tricks on how to most effectively and efficiently back up your data.

This is the most important thing that can be said about data backup. This is not the time to do lots of research and spend six months designing the perfect plan. You’ll be better off doing a little rough research and picking something as soon as possible, because you never know when disaster will strike. You can always update your plan later, when you’ve had more time to think about it. It may be a little extra work, but it will be a lot less work than trying to recreate all of the data lost because of data loss occurring before you had a chance to start anything.

The three and one rule says that all of your data should be stored in at least three different places, and at least one of them should be off-site. This means that you could store two copies of your data in the same closet, but the third copy needs to be in a completely different facility. Imagine that a horrible disaster struck your office. Obviously, the primary copies of your data would be destroyed. Where could you put that third copy, that it would still be safe and retrievable?

Automate as much as possible

Set up as much of the backup process as possible to be automatic. The computer won’t forget to upload when it’s time, or accidentally save files to the wrong place, or write over files that shouldn’t be written over, but humans make mistakes. The more you can get the computer to do, the safer your data will be. It will also be much easier on you if the computer does it for you rather than having to spend time and energy doing it manually.

Consider hiring a company to take care of your backups. All you’ll have to do is connect your files to them and they’ll take care of the rest. They’ll make sure that everything gets uploaded to the correct place at the correct time. They’ll also make sure that the data is safe. Most of these companies base their storage in the cloud, which means that many copies of your data will be stored in many different locations, all over the United States or farther.

Every so often, maybe every quarter, take a fresh look at what your data backup system looks like. Most of the time, it will still be running just fine, but every once in a while, you’ll find that something isn’t functioning like it’s supposed to, or you’ll realize that you need to change something to fit your needs or keep up with the times. Unfortunately, backup systems are not something you can ignore and expect to work forever, but as long as you audit your system routinely, you should be able to keep everything in order.

Do you have more questions about backing up your data? Feel free to contact us. We’re experts, and we’re happy to help you with anything that you need.