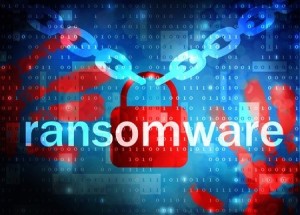 Ransomware is in the news lately — it’s worth it to invest in experts to guard your clients’ information.

A new type of computer virus, called CryptoWall, a family of ransomware programs that lock up computer files, are making headlines. Typically, virus software has been used to destroy computers or steal files, but according to NBC Nightly News computers hackers aren’t just stealing people’s information anymore, they’re now hacking into computers and locking you out until you pay up. They are accessing files, tax documents, and personal information, and then holding it all ransom with a clock giving you only a short window of time to pay the specified amount. These criminals have their sights on larger targets too, and have hacked into over one million computers including small businesses and even a police department. In Dickson County Tennessee the Sheriffs office had to pay 600 dollars to retrieve their files that were being held ransom. It can happen to anyone and at any level, but security experts say, “don’t pay, if none of us paid the ransom, these guys would go out of business.” By paying to get your files and computer back you’re fueling their fire, and will keep their operation profitable. Protecting personal and work computers from dangerous malware is the most important thing people can do. The experts suggest, prevention through updated anti-virus software, backing up files on external hard-drives and being sure to disconnect the hard-drive after, and being careful of what emails are being opened, are a few of the ways to protect your computer. The hackers often send out an email pretending to be a trusted organization like the United States Postal Service, then require the user to open a file that needs to be downloaded, and, unfortunately, sometimes it’s as simple as one click, and they’re in. From a business stand point, it’s worth the time and money to have experts guarding your clients information. Hackers know they are ahead of the average user when it comes to computers, that’s why having your own well-equipped artillery of experts to ward them off is well worth it. Contact us if you’ve been struck by a disaster and need to get your servers and work stations up and running, or if you are looking to prevent one altogether.