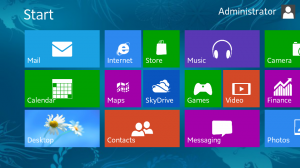 Windows 8 is the grand creation of Microsoft. It’s the attempt to take Windows into the modern era. It’s the upgrade everybody has been waiting for. The problem is not everyone is enthused about the next generation of Windows. Many people have said they aren’t interested in upgrading.

Let’s take a look at some of the main pros and cons of Windows 8 to understand why not everyone wants to use this newest version of Windows.

Rolling out Windows 8 in a corporate environment is even more difficult due to the removal of the key interface. The ‘Start’ button is gone and much of the old interface has been eliminated. This means companies also have to take the training costs of implementation into account. It can be prohibitively expensive to upgrade.

Pro: Windows on the Go

You can run the Windows 8 interface from anywhere with a USB stick and it can overwrite older versions of Windows on any computer. An employee using an Internet café on the way to a conference could use their USB stick to work off of a familiar Windows 8 interface, even if the computer in question normally uses Windows 7 or XP.

There are security concerns. The main security concern is potential malware attacks are displayed full-screen, rather than with the familiarity of a browser. In other words, hackers can convince people they’re downloading a software update, so less savvy employees might inadvertently install malware.

Despite this, Windows 8 only has a 0.08% infection rate, according to The Telegraph.

Windows 8 is faster than any other operating software on the market. The average boot time is eight seconds. This applies to turning it on and turning it off. Forget waiting around for everything to load up. Get going right away.

To use the touch interface, you need additional hardware. This drives up the costs for businesses, and in many cases it isn’t worth it. Businesses will have to give serious consideration as to whether they want to spend money on new hardware for their employees.

Many businesses have already chosen not to upgrade for this reason.