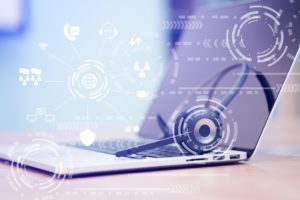 Voice over IP (VoIP) telephony continues to gather momentum in people’s personal and professional lives. You probably even have an app on your phone that uses VoIP, or know a company that uses VoIP telephony. While this technology may appear as simple as calling people online, there could be many things you don’t know about it.

We can bet you’ve likely never known about these seven surprising things about VoIP:

Although it has the internet in its acronym, VoIP came before the internet. The first VoIP call was made over ARPANET, a military network that gave way to today’s internet. The call was one-way, with a speed of 16 kb/s, but it still went through despite at a snail’s pace. This is certainly new to you because you tend to believe everything on the internet came after the internet.

2.      Started the culture of pushing ads without the “Skip Ad” button

Did you know where YouTube got the idea of using ads to generate revenue? Well, unlike YouTube, VoIP didn’t provide the option to “Skip Ad” as YouTube does. You just have to go through the entire ad before making the connection. This enabled VoIP to expand to outside companies and generate revenue. Social media revenue models need to salute VoIP for the ingenious idea.

VoIP got recognition from the most unexpected quarters: organized crime. Criminals use video games such as Second Life to commit money laundering scams and share hit information on their competitors. It’s so complicated that the police didn’t have much to do about it. You only have to watch The Sopranos to understand for an idea of how it happens.

Speaking of video games, gamers needed to find a way to communicate with each other in real-time during the games – and VoIP came to their minds. But you probably believe it was developed by some tech guys holed up somewhere burning the midnight oil. Today, gamers don’t have to use VoIP to communicate in-game due to a litany of instant messaging platforms available as well as the in-game chat platforms.

When people think about calls, a phone comes to their minds automatically and VoIP is no exception. What you don’t know is that you really don’t need an actual phone to make VoIP calls. Thanks to IoT, you can make these calls online from any internet-enabled device. Don’t throw away that good old laptop just yet: you can turn it into a VoIP device.

VoIP call quality is better than PSTN calls because of its significantly greater frequency range. It makes it easier for your ears to differentiate different sounds compared to PSTN calls, which are sometimes affected by “noise”. And you just need an internet connection, not some signal boosters or booths or even satellites erected across the country.

Surprisingly, big telcos across the globe are lobbying governments to limit or block the use of VoIP around the world. This is because widespread VoIP services may easily cut into the profitability of the big telcos and probably drive some out of business. When it comes to VoIP you don’t need much infrastructure, potentially reducing phone call costs by up to 90%.

With SystemsNet on your side, you won’t have to worry about whatever you don’t know about VoIP or big telcos mounting pressure on world governments to limit the use of internet-enabled calls. Choose the level of service you want and we will deliver with a smile. For more information about VoIP services, please contact us today.